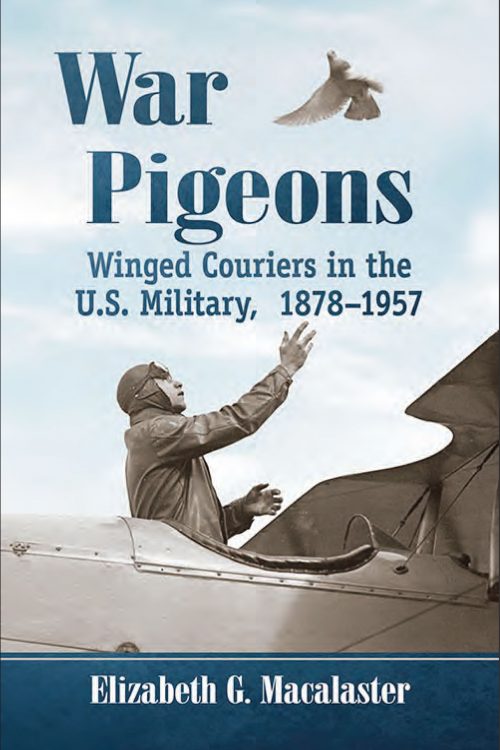 For more than seven decades homing pigeons provided the U.S military with its fastest most reliable means of communication.  Trained by pigeoneers to fly up to 60 mph for hundreds of miles, homing pigeons served our country in four wars on four continents.  Weighing barely a pound, these extraordinary birds carried messages in and out of gas, smoke, exploding bombs and gunfire.  They flew unwavering through jungles and over desert and icy mountains, not faltering even when faced with an expanse of ocean to cross.  Time and again, when all other means of communication failed, pigeons were trusted to carry home vital messages.  Sometimes they arrived nearly dead from wounds or exhaustion, but only death itself stopped them.

War Pigeons: Winged Couriers in the U.S. Military, 1878-1957, is the first complete accounting of the remarkable service of homing pigeons with American armed forces, from its fledgling beginnings after the Civil War, to the birds’ invaluable role in communications through both world wars and beyond.  War Pigeons chronicles a poignant and enduring legacy.